Getting in an accident is a traumatic event. You may have to go to multiple doctor’s appointments and endure months of physical therapy.

You may miss time from work and find yourself needing help around the house.

Off-roading accidents can be especially severe. An insurance company may try to get out of paying an injured person their due in a case involving off-roading.

There are a few things you should know about accident law and how fault is determined.

Proving Liability in an Accident 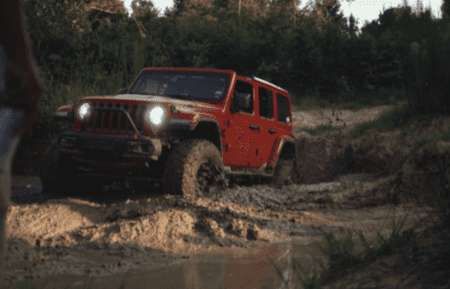 When an insurance company receives an accident claim, they’ll investigate the evidence and try to determine fault.

When an accident occurs between two vehicles, they’ll decide if one driver was fully at fault for the collision or if both drivers share the blame.

A person or company is considered at fault under the following circumstances:

Why Off-Road Vehicles are Unique

In some cases, the fault may be the driver’s, but there are times when the manufacturer or designer of the vehicle is to blame for a crash.

Some vehicles are specifically designed for off-roading, and they are a common sight in the United States.

The number of off-road vehicles being manufactured has greatly increased in recent years.

When auto manufacturers produce a new vehicle, they sometimes make mistakes or do not consider everything that could go wrong when a person is riding an ATV.

Traditional motor vehicles have four wheels or, in the case of motorcycles, two wheels.

Off-roading vehicles can have three, four, or six wheels. The wheels themselves are designed for different types of terrain.

Off-road vehicles have different tires than other vehicles, and they are high flotation and low pressure.

The tires are designed to travel through mud and other rough terrain, and the fact that they are so sturdy can give people a false sense of security.

The three-wheeled and four-wheeled all-terrain vehicles get into accidents most often. Off-road vehicles can be quite difficult to control if the rider is inexperienced.

A driver has to shift the weight of their body just right on an ATV, or they can throw off the balance of a vehicle.

Some SUVs are designed for the street and off-road. As versatile as they may seem, there are some problems with these vehicles.

SUV drivers have often complained about their vehicles having a “death wobble.”

This occurs when a driver hits a bump at high speed, and the steering wheel starts vibrating wildly. Drivers have complained about losing control of their vehicles when this happens.

One thing all SUVs have in common is that they have a solid front axle, which means that the two front wheels are connected by a solid tube made of steel.

When the wheel shakes, the motion transfers across the axle to the opposite side. The wobbling will keep transferring back from one side to another.

In the past, some SUVs have turned off randomly in traffic. Obviously, this problem can cause a crash.

What to do When You Have an Accident

When you have any vehicle accident, it is important to take several steps:

Remember to save any medical bills you have and bills for any alternative treatments that you get. You should also save the receipts from any prescription and non-prescription medications that you take.

Be sure to get your employer to write you a letter stating the number of hours that you have missed from work. You should also save documentation of any other expenses that you have had.

Call your insurance company right away and provide them with all of your documentation as soon as possible.

Dealing with the insurance Company

There are two kinds of insurance rules in the United States; fault and no-fault. In a no-fault state such as Florida, a person’s insurance company will pay their bills no matter who caused the accident.

In a fault state, the insurance company of the driver who was responsible for the accident will pay the bills.

If you have a collision with another driver and you live in a fault state, the insurance company will simply look at the facts and see which one of you was most responsible.

They will get back to you and let you know if they have accepted or denied your claim. If they accept your claim, they will make you a settlement offer. You should always talk to an attorney before accepting that offer.

Off-roading accidents often do not involve another car, so insurance companies will try to blame the driver.

There is a very good chance that an off-roading accident is not the driver’s fault but rather the fault of the designer or manufacturer of the vehicle.

If you have had a single-person accident on an ATV, you will want to contact a personal injury attorney before you call your insurance company.

A personal injury attorney can assist you in researching the type of vehicle you were driving at the time of the crash.

They will have an office staffed with professional legal researchers who will know just what to look for when determining whether or not an auto manufacturer is selling an unsafe vehicle.

A professional lawyer can represent you in court if you need to file a product liability lawsuit, and they can also negotiate with the manufacturer’s insurance company.

If you do not know where to look for a lawyer, you can always use a lawyer and medical referral service.

Off-roading can be fun, but an accident can affect your life for a long time. Determining exactly what or who caused an accident can help you to pay for your bills and get back on the road.

How Does a Winch Work? [A Complete Guide for Beginners]

Understanding Winch Amperage [Everything You Need To Know]