Using the right type of engine oil for your vehicle is extremely important if you want to prolong your engine’s life.

The proper engine oil will not only provide more power to the engine but also will help the engine parts to avoid friction. This basically ensures that they don’t wear off soon.

5w20 vs 5w30, which type of engine oil is better for your vehicle? Well, it’s a matter of discussion and that’s the reason we are here.

Once you get to know about the key differences between these two types, you will be able to figure out the right one for you. So, stay with us till the end! 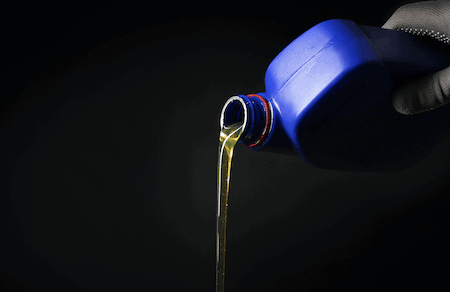 We are going to use the term ‘viscosity’ throughout the article a lot. So, it’s a prerequisite to give you a proper idea about viscosity before heading on to our article’s main section.

In simple words, viscosity refers to the thickness of the oil. But how do you know about the level or amount of viscosity of particular engine oil?

To do that, you have to have a good overall idea about the formula provided by the Society of Automotive Engineers (SAE) and that is XwY.

The number before ‘W’ means the viscosity of particular engine oil in winter. And the number after W indicates the engine oil weight in high temperatures.

And the number that comes after W is the engine oil weight in higher temperatures.

If you use 5w20 in your engine, it means the oil has a relative viscosity level of 5 in winter and is of 20 engine oil weight in high temperatures.

That simply means if we compare 5w20 with 5w30, the former is thinner in this comparison. And thus, it will be an ideal choice during winter.

The only difference we see is the number after W. And this time it’s 30 instead of 20. This simply means it’s comparatively thicker than the previous one.

So, how much difference do these close numbers create?

Well, we will be discussing the whole thing in detail later in this article. But we are sure of one thing that 5w30 is thicker than 5w20.

For this very reason, you will see that 5w30 is usually used in heavy or big engines compared to the type 5w20.

Key Differences Between 5w20 and 5w30

Now coming to the main part of our article. The very first question you may have is “what is the main difference between the types 5w20 and 5w30?”

Is the difference quite insignificant or do the numbers 20 and 30 create a huge difference?

The main difference between these two types of engine oils is their thickness. As the engine oil weight of 5w30 is heavier than 5w20, it is thicker than 5w20 and thus of more viscosity.

You may use any brand you prefer like Castrol Edge or Mobil 1, but, selecting the right viscosity is important.

Coming to the next obvious question, “when do you need thick engine oil and when do you need relatively thinner one?” Answering the first one first, heavy or bigger engines usually reach higher temperatures very quickly.

In that case, you are going to need a more viscous oil or oil of higher viscosity to handle the situation and to run the engines smoothly.

What would happen if you use oil of lower viscosity in heavy engines or in those engines which hit higher temperatures quickly?

If you do that, the engine oil will not be able to cope up with the temperatures. Because of this, there won’t be enough lubrication and power for the engine to run smoothly.

As a result, there will be more friction and the engine parts will wear off comparatively quicker. And, you don’t want that, do you?

You will also face problems if you use higher viscosity engine oil in comparatively smaller engines. What will happen then?

The small engines don’t reach higher temperatures like the big ones. For this very reason, you don’t need that much thicker oil to run the engine smoothly.

If you use thick oil in small engines, the engine will need more time to start as the flow of high viscosity oils is not smooth like thin oils. Consequently, you will get reduced horsepower and less engine oil life.

The worst thing that may happen is that this will damage some parts of the engine if you keep using engine oil of higher viscosity.

Let’s go back to the origin. Why do you need thinner engine oil for your vehicle? Thinner oils can travel through engine parts very quickly.

As a result, the lubrication process will be done smoothly and the engine will also start comparatively faster.

The formula we have mentioned in this article has two parts. Xw and Y. You will commonly see the numbers as Xw-Y.

In the early days, there was only the last part in the oil numbers.

At that time, people needed to change engine oil two times a year. Once during the summer and the other during the winter.

Due to modern technology, people are relieved from this headache of changing oil two times every year as these are multi-grade oils.

But this benefit created another problem. You have to be very cautious about picking up the right oil type.

To solve this issue, the best way to go with it is to follow the manufacturer’s recommendation.

As they have created the vehicle and the engine considering some specific factors, they know the best about the type of engine oil you need to use.

You may wonder why it is necessary to use 5w20 grade engine oil in a particular engine or vehicle.

Well, the first thing you need to ensure is that you use everything as per your manufacturer’s recommendation. Using the right product not only ensures top-notch performance but also helps the engine to live longer.

We have already mentioned why you should use thinner oil in your engine. If you don’t want to blindly follow your manufacturer’s recommendation, it is completely okay.

Knowledge is power, isn’t it?

As 5w20 grade is comparatively thinner than that of 5w30, we are going to shorten the discussion to only about the advantage of using oil of low viscosity.

Due to the faster travel nature of low viscosity engine oils, they are the best for winter.

During winter, it is very common picture to face cold starts. One of the major factors behind this issue is the engine oil type.

As high viscosity engine oils can’t travel through engine parts fast, you may have to try several times to start the engine.

Sometimes the engine won’t even start, it doesn’t matter how many times you try to do so. To tackle this situation, using thinner oil is the ideal choice.

If your vehicle has a small engine that doesn’t require much temperature, thin oils like 5w20 will get the job done.

This leads us to the conclusion that if you drive your vehicle mostly in winter or if you live in a winter-prone country, then 5w20 will be your best bet.

Not to mention but the recommendation from your manufacturer is what you should follow.

At this point, we already know what the basic difference between 5w30 and 5w20 oil types is. And that is the thickness level of both of these engine oils.

The 5w30 oil type is thicker than the 5w20. If you don’t understand the term ‘thickness’ in liquid, don’t worry. We are going to make it easy for you.

What is the difference between honey and water? Both are liquids, right? But every time you touch honey, you feel a difference. What is that? Honey is heavier than water.

That is thickness among liquids. You will get a heavy feeling when you get in touch with thick liquids.

Now, what is the benefit of using the 5w30 oil type? The robust and big engines reach hotter temperatures pretty quickly compared to the smaller engines.

In these engines, the oil with low viscosity won’t be an ideal choice. We have already mentioned it a couple of times, you know why.

Racing cars can be a very good example in this regard. As starting is not the issue (the vehicle is modified), racing cars don’t need low viscosity oils to help with the starting.

For this reason, high viscosity oils like 5w30 become very effective for such vehicles.

Even though most modern vehicles require a 5w20 oil type to run the engine smoothly, 5w30 always comes in handy to drive your vehicle in hot weather.

Thin oils won’t be able to give your engine good service by any means if the engine you use reaches higher temperatures more often. 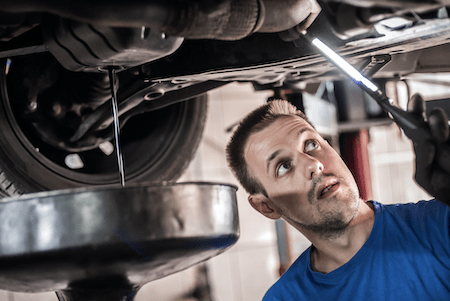 Before closing things off, let’s answer one last question to quench your thirst regarding this comparison. What are the consequences of not using the recommended oil type in your engine?

In the early days, engines tend to last only around 100,000 miles. After reaching 100,000 miles, drivers often started to use thicker oils to use the engines for the last couple of times.

Nowadays, the scenario is not like that. Engines often last around 250,000 to 300,000 miles pretty easily. The issues regarding the usage of oil in the early engines were fixed in the modern ones.

With time, manufacturers tried to give something better to their consumers every year, to stay alive in the competition.

Even though the business of the manufacturers never really went down, every year consumers got something new, something better. To reach this mark, engineers had to make some modifications and optimizations.

For this reason, if you really want to keep your engine alive longer, you should always try to follow the manufacturer’s recommendation.

The difference between 5w20 and 5w30 grade motor oil may not seem much. But all these tiny and little differences are responsible for your engine’s life.

You have to keep a very close eye on every attention to detail if you care for your vehicle, to make it last longer.

If you use 5w30 grade engine oil where the recommendation is 5w20, you will obviously face some issues.

The worsts will be the damaging engine parts and cold starts whereas the least will be the reduced performance.

And the same goes for using 5w20 in place of 5w30 grade engine oil. The oil won’t be able to provide you good service in hot temperatures.

As a result, you won’t get the desired performance from the engine and the lifespan of the engine will become shorter.

Throughout the whole article of 5w20 vs 5w30, we have only tried to establish one thing- the manufacturers know better than us.

Yes, sometimes they tend to focus on business, but this is a type of sector where they can’t really do that. If they try to do so, their main business will fall apart.

That is why you should not go beyond your manufacturer’s recommendation. For emergencies, well, necessity knows no law.

If you don’t find any other oil in your location or if your mechanic tells you to use another grade of motor oil for your old engine, we don’t see any problems there.

How to Remove Broken Lug Nut in Your Car Wheel

How To Start A Car With A Bad Starter For Automatic Transmission? [Solved]

How to Use Fuel Injector Cleaner in Gas Tank