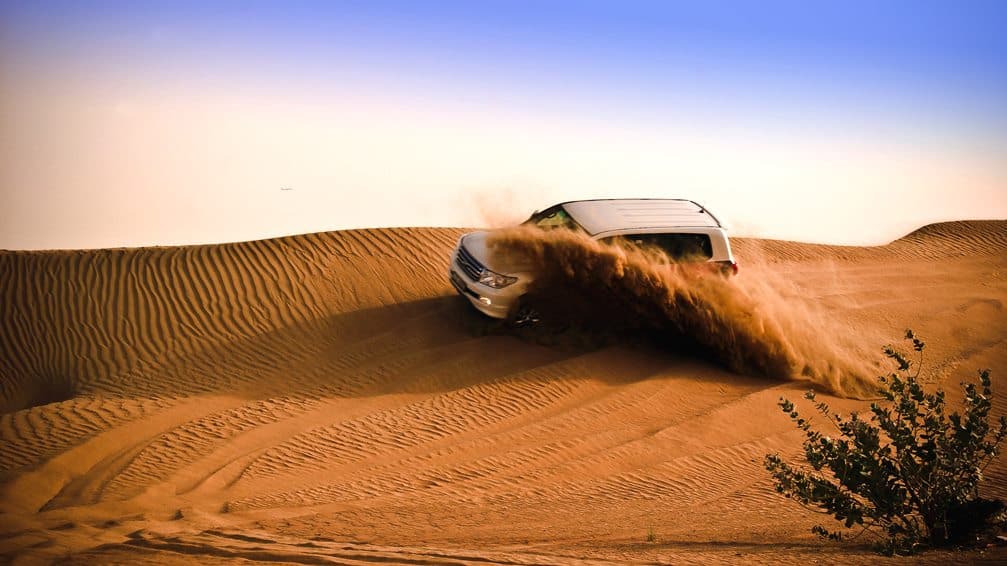 SUVs or a sport utility vehicles have gained a skyrocketing popularity in the past decade and a couple of well-preserved examples are Ford Broncos, Jeep Wagoneers, and Toyota Land Cruiser, these models can easily reach to the six figures when buying one in the market, and it is a lot for a vehicle which is actually an old truck.

In the vintage segment of vehicles, there is a good news too, that there is a list of vehicles which are produced almost a decade or two ago and they still attract their users.

It is easy to snag one of these rigs and kick up some fine dust while off-roading. There are many vintage SUVs in the market available these days, let’s start with the Chevrolet.

The Blazer is a square body classic SUV which was first introduced in 1973 and it remained in regular production till 1991 as an iconic SUV. The automaker keeps producing the vehicle until 1999 but with a different name.

Chevrolet has changed the name of the vehicle in 1992 to Tahoes, from Blazer. The vehicle was remained unchanged but under the different nameplate. It was one of the best in class SUVs at the time with utmost refinement, world-class aerodynamics, and excellent drivability.

Experts say that the Chevrolet Blazer was the same kind of SUV as a GMC Yukon these days. Both vehicles are mechanically similar and identical to each other. The government service version was tested and it was a well-kept low price model.

Nissan is one of those Japanese automakers who offer an excellent blend of power and style in their vehicles. The Xterra was nothing different, it was an old-school styled SUV, always ready to be taken to the relatively tough adventures.

The Frontier Pickup chassis was used to build this luxury SUV, however, some relief came in 2002 when Nissan has given an engine change to the vehicle. The old engine was swapped with a 210hp V6 supercharged Nissan engine to get some extra oomph.

The Xterra is one of the most robust and appealing vintage SUVs these days and amongst the off-roaders, it has a great authority. Even the new SUVs took the mild 4WD trail ride while being a relatively excellent daily driving vehicle. It is one of the better value vintages and hasn’t soared in the vintage world of trucks.

One of the best automaker, and one of the well admired SUV pioneers, Jeep, sold more than 250 thousand Grand Cherokees in 2017, massive, isn’t it? Of course, it is always an extraordinary hit in the off-roading segment.

When it comes to the SUVs, size really matters and a Grand Cherokee was almost half a foot larger than normal Cherokee which was launched in 1984. The extra length boosted interior space making it more practical for families.

The angular shaped classic body design looks great and even the current Grand Cherokee has borrowed some styling cues from the old Cherokee. A Magnum V8 engine, capable of generating 220hp was one of the best models in the class and it was one of the real hot rods in the market till 1998.

The Grand Cherokee model was not one of the most powerful versions of the Magnum engine. The actual beast was limited edition of Grand Cherokee, came in 1998 and called 5.9 Limited. It was a big V8 245hp and 345lb-ft model. The only 15k of these models were manufactured.

In the Mid-1980s, the first generation of the legendary 4Runner was introduced by Toyota. This is one of the hot rods that are still in business and appealing to the users.

Next generation came in 1996 and it was an excellent 2 wheel drive and an all-wheel-drive version at the same time. Its bodywork was awesome with muscular looks.

It was one of the reliable and well-built Toyota model, manufactured at the same plant where Land Cruiser and some of the most expensive Lexus models made.

All these vehicles at the time of the launch were mystified by excellent and futuristic designs and today they all look aggressive and persistent.